A 19-year-old Nigerian student studying law at the Birmingham University, UK, Kika Onyibe, has been reported to have passed away.

The Nigerian student passed away on Wednesday, April 12th, during a surgery at a Lagos hospital.

Kika Onyibe went into surgery for ruptured appendix at the Lagos hospital and was reported to have suffered complications during the surgery which led to her death.

The deceased’s boyfriend, Emmanuel Ayoola, took to his social media page on Facebook to narrate how she had traveled from the UK to Nigeria to receive treatment for what she had thought was an infection.

Kika who before her death responded to her mother’s question asking if she was scared was reported to have said: “No, I’m at peace. I know we’re I’m going if I don’t come out and I will be with Jesus”

Read what her boyfriend and some other friends wrote online below: 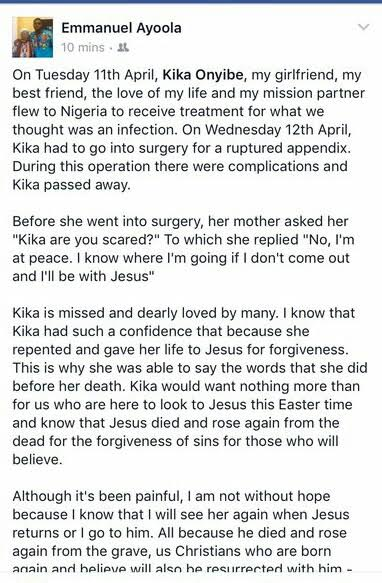 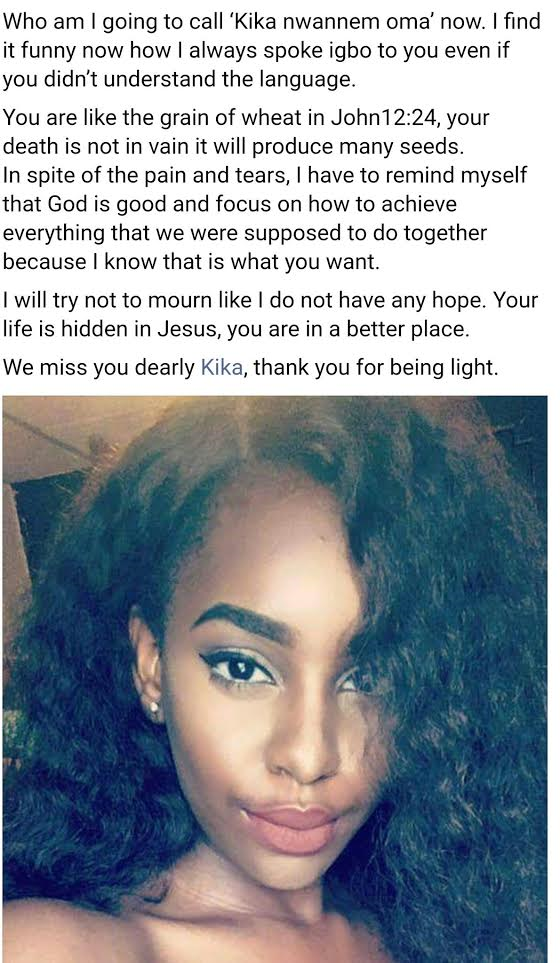 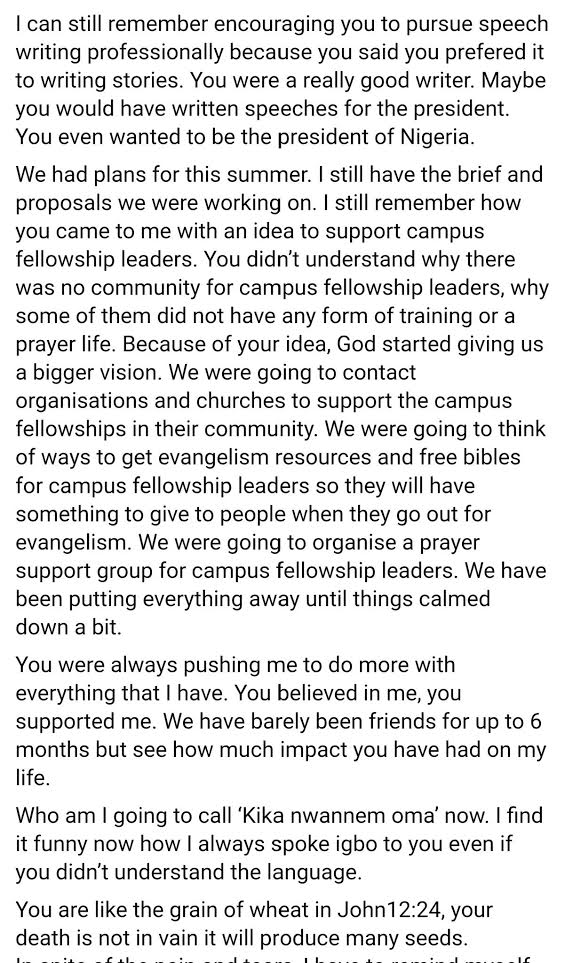 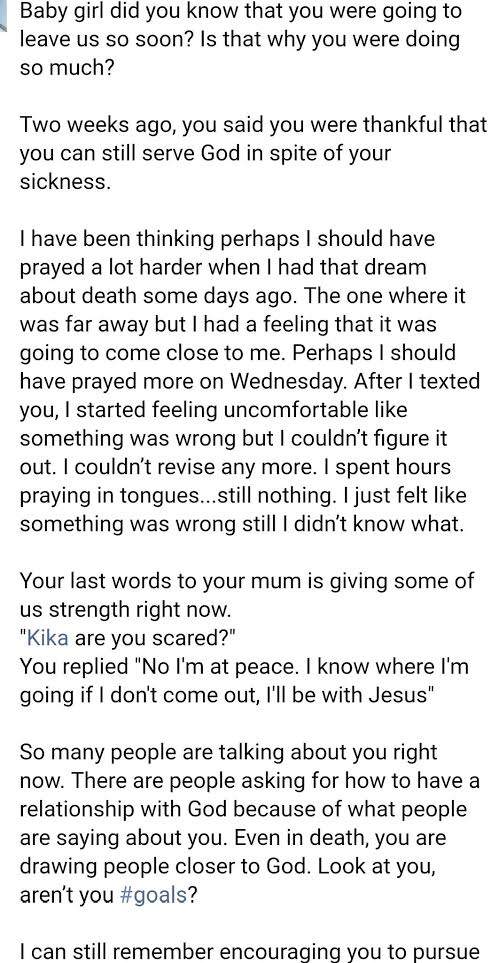 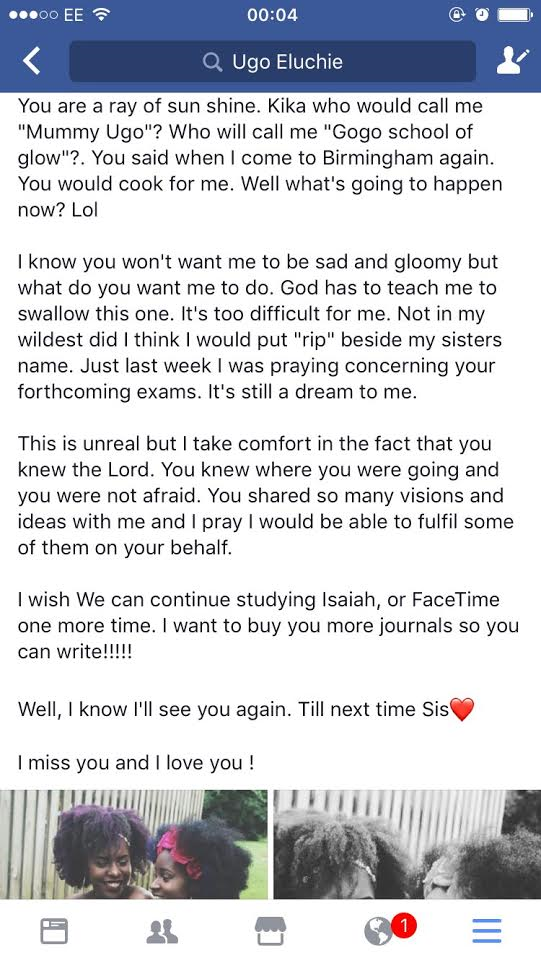 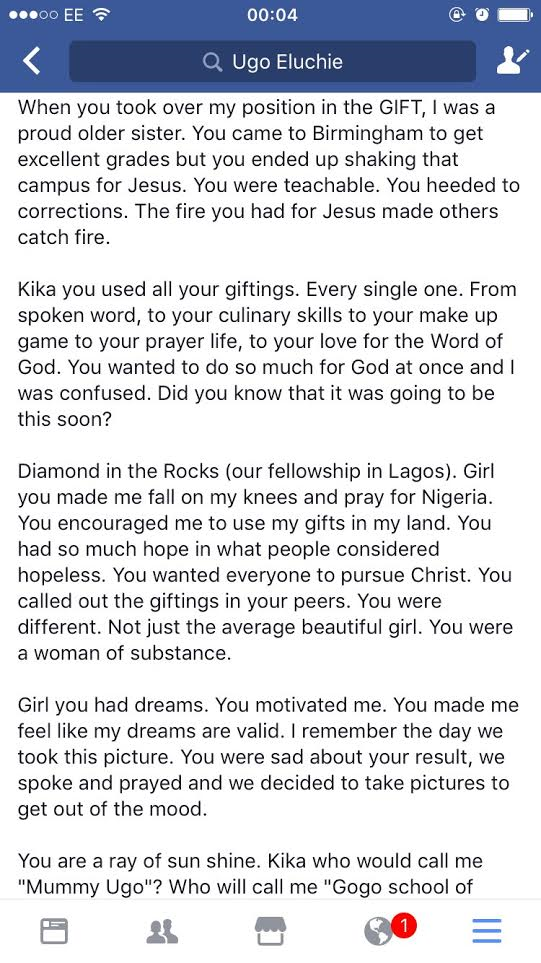 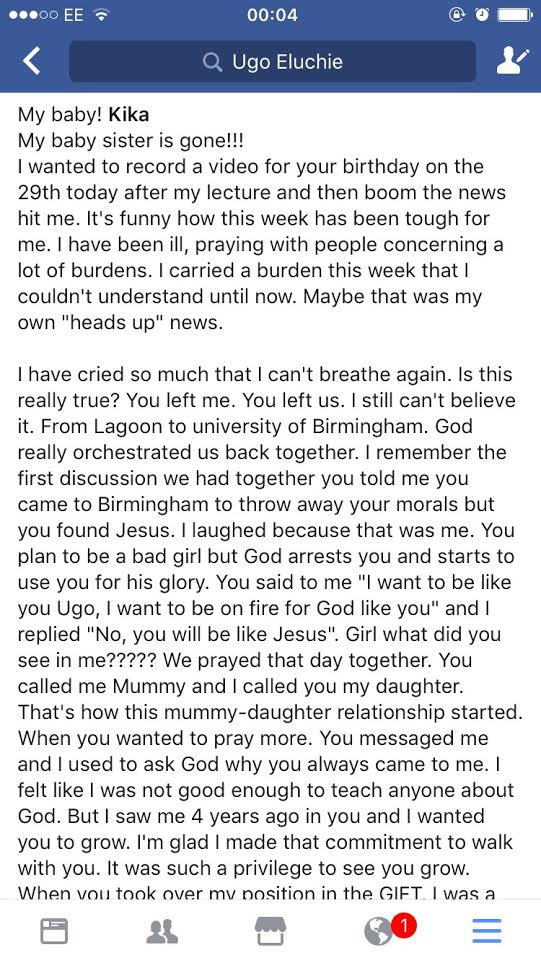 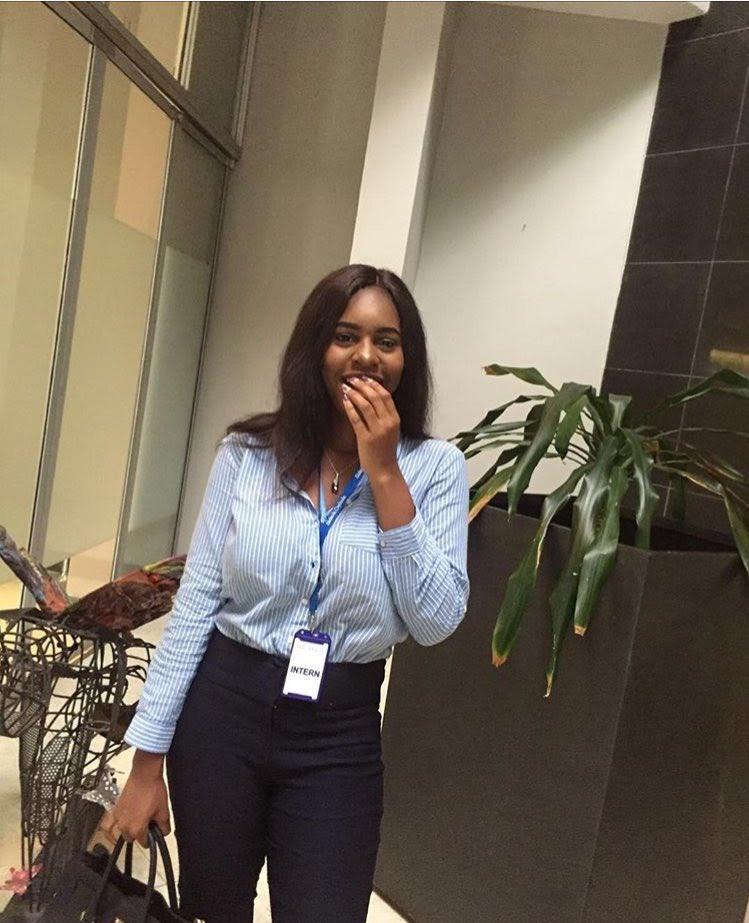 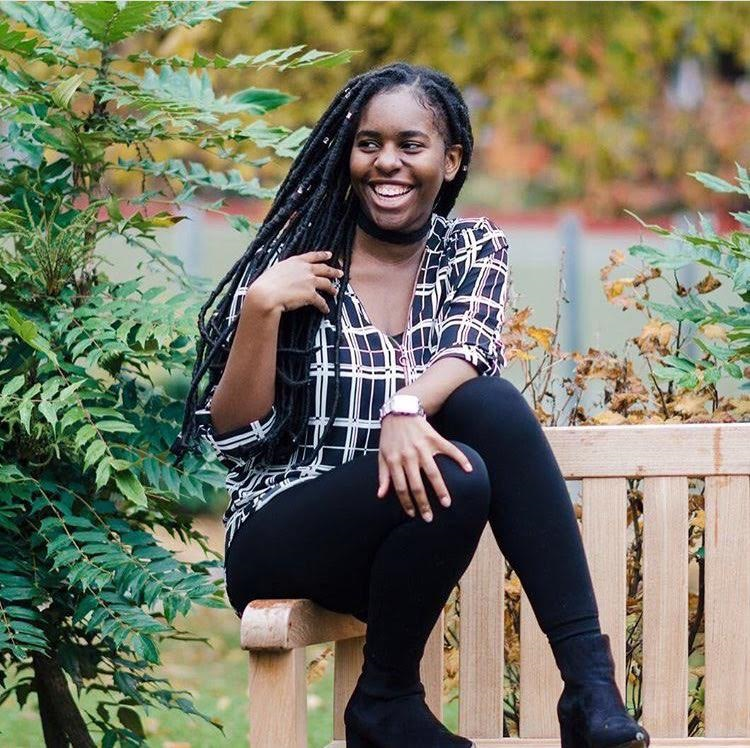 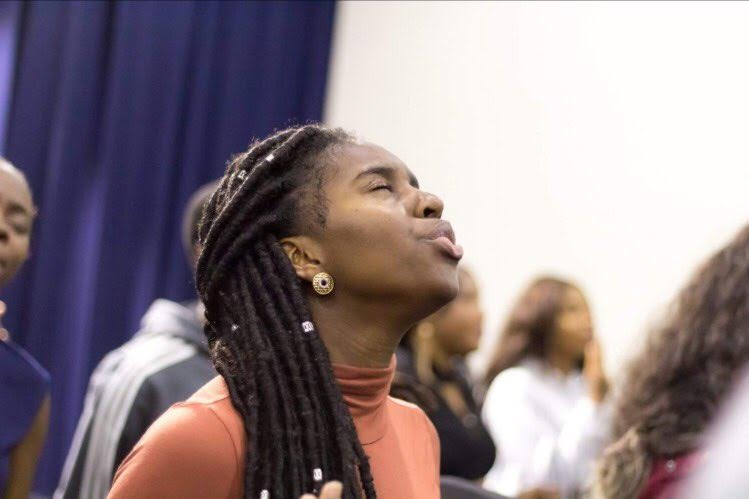 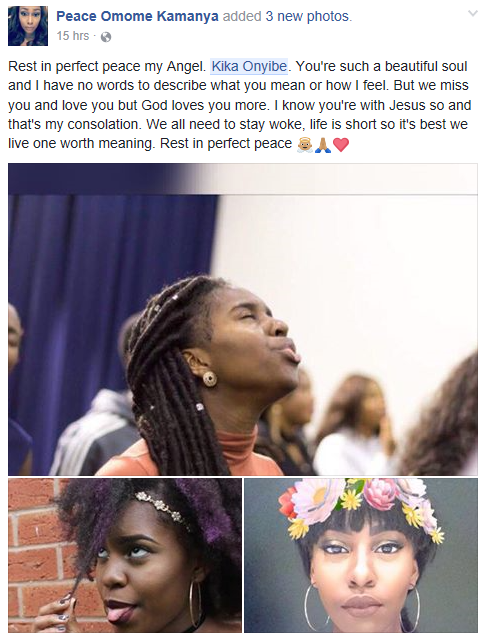